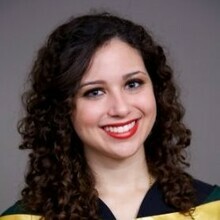 On November 22-23, 2021, representatives from ACT Alberta were fortunate to tune in to a high-level meeting of the General Assembly on the appraisal of the United Nations Global Plan of Action to Combat Trafficking in Persons. As Alberta’s longest-serving anti-human trafficking organization, ACT functions as a coalition of government agencies, non-governmental organizations, law enforcement, service providers, program staff, and peer support/survivor groups working to identify, respond to, and prevent all forms of human trafficking throughout the province of Alberta. They operate on an evidence-based, person-centered, and human-rights mandate that is inclusive to all communities, persons, and experiences - remaining respectful and accountable to vulnerable populations who are most at-risk of human trafficking and related exploitation. In short, their presence on the global stage is a noteworthy example of how local organizations are advocating for real change at the regional, national, and international levels, bringing to the fore issues affecting Alberta and proposing collective solutions-based action.

Human trafficking remains one of the most heinous crimes imaginable, affecting an estimated 40.3 million people globally at any time. Article 3(a) of the Protocol to Prevent, Suppress and Punish Trafficking in Persons, Especially Women and Children (2000) - commonly referred to as the Palermo Protocol – defines trafficking as:

the recruitment, transportation, transfer, harbouring or receipt of persons, by means of the threat or use of force or other forms of coercion, of abduction, of fraud, of deception, of the abuse of power or of a position of vulnerability or of the giving or receiving of payments or benefits to achieve the consent of a person having control over another person, for the purpose of exploitation. Exploitation shall include, at a minimum, the exploitation of the prostitution of others or other forms of sexual exploitation, forced labour or services, slavery or practices similar to slavery, servitude or the removal of organs. (United Nations, 2000, Art. 3[a])

Specifically, The United Nations Global Plan of Action against Trafficking in Persons – the instrument in question at this high-level meeting – includes concrete actions to prevent trafficking in persons, protect and assist victims, prosecute crimes of trafficking in persons, and strengthen partnerships to achieve these objectives therein. Every four years since its adoption in 2010, a high-level meeting has been convened to appraise its implementation and to provide an opportunity for parties to discuss achievements, gaps and challenges, and plans for future development. This year, contributions remained largely positive and emphasized progress towards the Global Plan of Action. Canada emphasized the need for better mechanisms to prevent and address sexual and gender-based violence, especially in supporting the safety and security of at-risk and vulnerable populations, but also praised the successes of our comprehensive, coordinated, and collaborative approaches to combat human trafficking. Others included the adoption of new technologies to better prevent and identify human trafficking, updated domestic policies and legislation, programs for ending demand and root causes, and calls for multilateral protection of migrant and refugee populations. In the end, member states recalled and reaffirmed commitments made to end human trafficking with the adoption of the draft resolution “2021 Political Declaration on the Implementation of the United Nations Global Plan of Action to Combat Trafficking in Persons” (document A/76/L.11).

There were also two interactive panel discussions on the themes of “The Global Plan of Action and enduring trafficking issues and gaps including, inter alia, the trafficking of women and children, particularly girls, for the purpose of sexual exploitation” and “The Global Plan of Action and emerging issues, such as trafficking in persons in the context of COVID‑19, and the misuse of information and communication technologies to facilitate trafficking, including trafficking of children for the purpose of sexual exploitation on the Internet.” These panels reiterated what is known to anti-human trafficking advocates and frontline workers, such as those at ACT Alberta: that gender is an acute vulnerability factor in the incidence and type of human trafficking, that COVID-19 has worsened economic and social inequalities among the root causes of human trafficking and has created additional barriers to care, and that social media and online platforms are increasingly used by traffickers to lure victims and to aid in their exploitation.

Featured representatives included persons from governments, civil society, and the private sector, as well as survivor voices in various capacities. In fact, the centering of survivor perspectives has been a welcome change and demonstrates appreciable commitment to actually listening to what victims and survivors want and need. This is critical in the development of person-centered care, one that upholds principles of dignity, compassion, and respect – and genuinely works to empower victims and survivors to live healthy, fulfilling, and self-determined lives. It is one that is grounded in these inalienable, fundamental, and universal human rights we are all party to, the very ones that traffickers seek to transgress and infringe upon. And it is something ACT Alberta implores every anti-trafficking advocate – everyone, really – to predicate their actions on, to use as a means of self-reflection, and to continually strive for the betterment of humankind.

To learn more about this pressing issue and/or ACT Alberta, visit their website at actalberta.org.