BC Council for International Cooperation

Goal 17: Partnerships for the Goals

How do we tackle the world’s most pressing challenges? In some way, shape, or form, we’ve all asked ourselves this question. How do we conceptualize the complexity of what we face in the world today, and move forward with lasting and effective solutions? In British Columbia, the global framework of the United Nations Sustainable Development Goals (SDGs) has been a particularly inspiring tool for exploring new answers to these essential questions.

Seventeen goals to transform the world. At first glance, the goals can seem impossible. Reading them as the enormously aspirational statements they are, it’s all too easy to imagine the litany of excuses on why we might not succeed — it’s too expensive, too complicated, too late. But to think this way about the SDGs is to miss the point. These are not goals for what we want to accomplish, but for what we must accomplish for us to flourish as a human species on this planet we share, and which we will pass to those who come after us.

While the SDGs are new, the concepts and ideas behind them are not. There have been groups and communities working on these issues for years. As a provincial network with a globally-minded focus, the BC Council for International Cooperation has met with communities around our province to find out what they think of the new goals, and whether they consider them useful. The response was overwhelming.

Not only were the SDGs well received, they were recognized as a means for identifying the multitude of groups, individuals, and communities who are tirelessly working towards creating the changes needed to meet the goals.

“By the time we expand our map to include all the provinces and territories, it’s possible that we’ll identify more than 10,000 groups tackling the SDGs in Canada alone.” 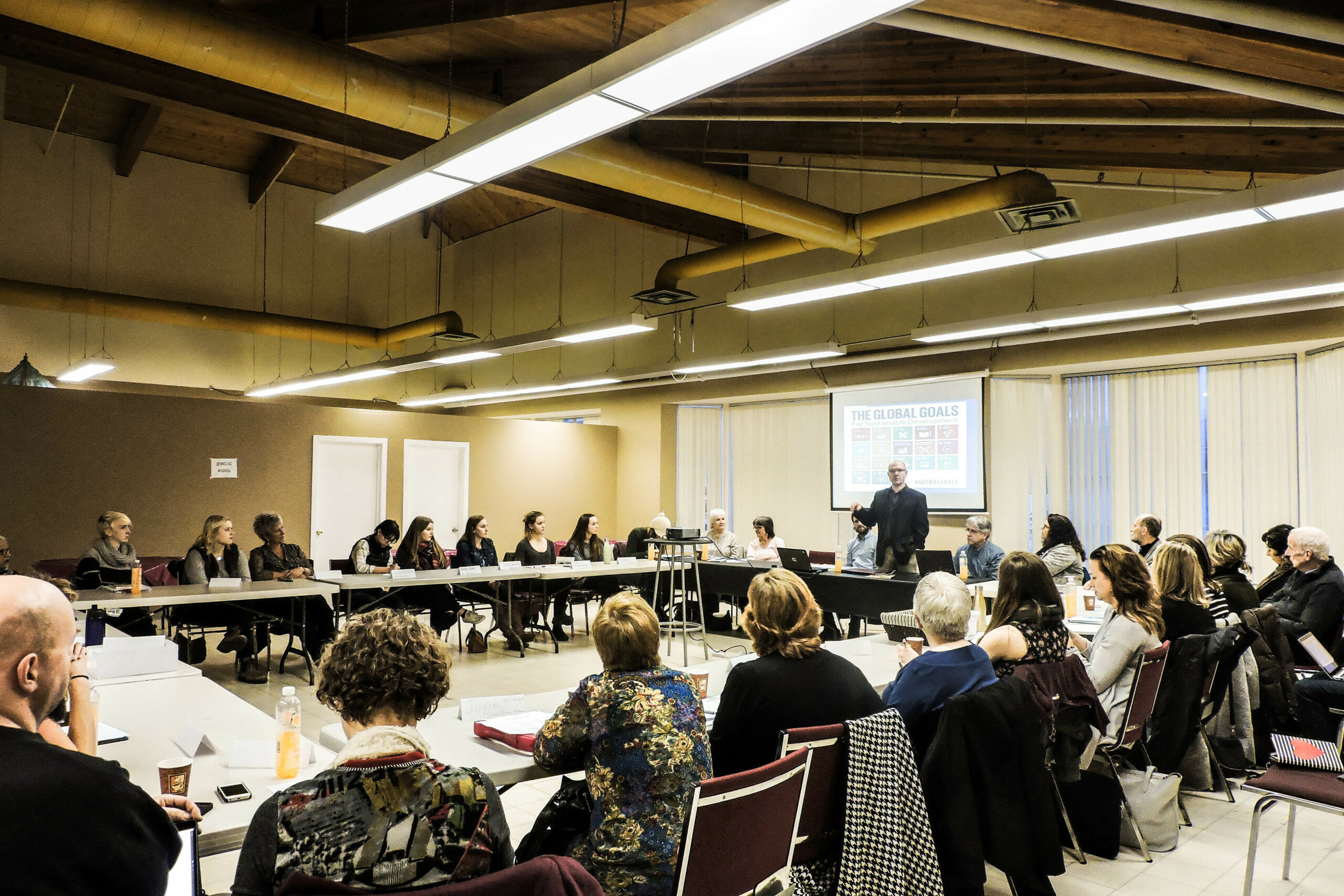 We asked civil society leaders to explain how the SDGs relate to their work and to the initiatives already underway in their communities. Within each community, leaders found that the work of local groups covered nearly every one of the SDGs, either at home or abroad. These leaders also praised the universality of the new global SDG framework and the way in which it brings into focus a previously uncovered tapestry of organizations working towards a single, though multifaceted goal — what we refer to as the Invisible Mosaic of Canada’s sustainable development efforts.

So far, over 2200 groups have been identified as working on one or more of the SDGs in British Columbia alone, including non-profits, registered charities, faith-based groups, and school groups. This number is almost certainly an underestimate. In the Yukon, Northwest Territories, and Nunavut, another 400 groups have been mapped. We plan to add Alberta and the other provinces soon.

“The Invisible Mosaic reveals that we are already on the path towards the goals. We are already making the world a better place.”

To put it differently, the SDGs act as a mechanism to connect and make visible that which is already there. Universal, integrated, and transformational, the SDG framework has the ability to bring us together across all sectors and levels of government — an essential prerequisite for real and lasting progress.

BCCIC’s community inquiries quickly turned into a non-partisan political initiative called BC2030, which brought out, even more, community leaders to garner grassroot support for the SDGs, and to call upon our provincial representatives to show leadership on global issues, locally. This initiative inspired communities to hold all-candidates debates on local issues nested within a global framework — emphasizing the interconnectedness of our world, and fostering a new layer of richness for consideration.

The Invisible Mosaic reveals that we are already on the path towards the goals. We are already making the world a better place.

Our concept of the Invisible Mosaic quickly grew, and was adopted as the term used to reference the diverse myriad of efforts taking place all throughout the globe in a statement delivered at the July 2017 High-Level Political Forum. The term is now used by civil society organizations around the world working on localizing and humanizing the goals, including South Korea, Nepal, Pakistan, India, and Canada.

By the time we expand our map to include all the provinces and territories, it’s possible that we’ll identify more than ten thousand groups tackling the SDGs in Canada alone. Capturing the breadth and depth of the Invisible Mosaic on a global scale would be astounding. Recognizing each other is key to achieving the SDGs.

Making progress and deepening our impact to create sustainable change rests on our ability to re-think how we connect with others and build partnerships. By adding yourself to this map you are adding yourself to a global movement for change.